Manifesto
GOSSIP (Graduate Opportunities Supporting Sustained Independent Practice) Collective is an artist-led nonprofit organisation that works to provide opportunities for creatives. The group was formed in 2017 and is based in Stirling.

The group began with the aim of supporting emerging artists from the newly available artist studio spaces in the Cowane Centre in 2016. Lesley McDermott as the first tenant soon to be followed by Chelsie Dysart. Together with graduate Emma Crombie, had an idea of becoming a ‘collective’ with a Committee, which involved reaching out to Forth Valley College students and alumni. As activity grew GOSSIP became formally established as a ‘constituted group’ in 2017.

New, emerging and professional creative people are welcome to join us. 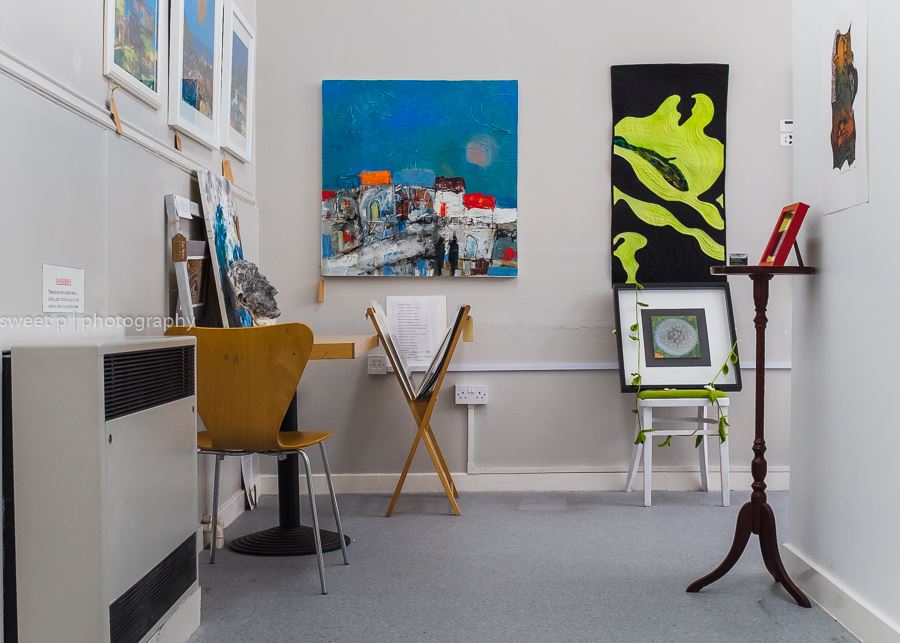 Studio Base during GOSSIP at Forth Valley Art Beat 2018 (Photo by Sweet P Photography/courtesy of The Write Angle.)